Pleasure, the other side of Pain 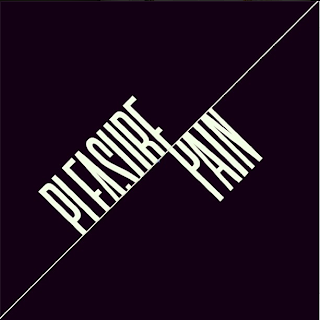 Being in Love and getting your heartbroken (pain) are often two sides of the same coin. The feelings are the same. One feels like they are dropping into depths so deep its hard to capture into words.

Is this why our society has been so captured by the Fifty Shades of Grey novels? Did E.L James bring out the obvious? or was she reminding us of the primal needs we all have of love at some deep level?

I never read the erotica genre until people started talking about this book. Not wanting to join in on the bandwagon, I didn't read it for a year or two after it came out. It fascinated me. Why were women all over the globe so taken with this?

We have come so far as women in the world, rising to the top of corporations, non-for-profit foundations, running our own businesses, raising amazing children, holding top positions in our governments yet, this trilogy sent women into a world of floggers and spankings.

My niece and I even talked about this "rage" and what was so special about it. She told me " Aunt Kim - you should write in this genre, there isn't a lot of good writers out there."  I laughed and thought to myself, "what is in those books?, are they just another form of Harlequin?"  Since then there are many other people who have asked if I was writing in that genre.

So, I broke down and bought the books. I read all three of them in a week! I began to understand what was capturing women. I even heard that there were men reading these books , to understand why the women in their life were so captivated.

I then went on to read other authors in this same genre. Some of them bored me to tears and others were some of the hottest sex scenes I had ever read, imagined, seen..

I have started writing novel number two and I am still unsure whether or not it wants to be in the erotica genre or whether its going to be another romance/mystery. It is still revealing itself to me.

As a woman who has been head over heels in love and who has had her heart shattered in a million pieces that I never thought I would recover - I now feel like I understand this dichotomy of pain and pleasure.

I know that this is a departure from my typical musings on my blog. I would enjoy your thoughts on this. Even well known author Tim Ferris, just went out on a limb and posted a blog about polyamory this week.
http://fourhourworkweek.com/2015/10/13/polyamory/#more-22048

Love, Light, Pleasure and Pain to all of you!


Posted by Kimberley Barker Nightingale at 8:00 AM