The Magical Power of Life's Teachers 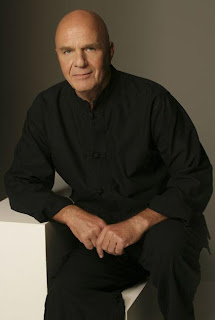 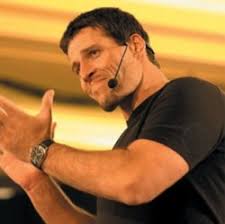 I have had many teachers on life's pathway and continue each day to learn and grow.  Currently, my teachers are Tony Robbins and Wayne Dyer.  Two men who have similar messages with very different styles.  I love Tony Robbins energy! Absolutely, 100 percent love it and I have a deep desire within me to impact peoples lives just as he does.  Someday I pray that I can meet him face to face and tell him for myself.

As for Wayne Dyer, he gives me a sense of peace and calm and centers me when life gets just a little too crazy and I need a reminder, that All is Truly Well and God is ever Present.

I would really enjoy hearing who your Life Teachers are.  Please share them with me.  Life is truly meant to be a learning for all of us, so why not share our thoughts about our teachers? 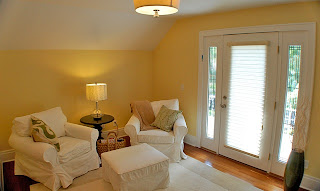 How many of us have sacred spaces within our homes? These are spaces that are all our own.  A place to retreat with our own thoughts, devoid of others.  Where is yours? Your office, your bedroom, the kitchen?

This my sacred space is made up of the things in life that mean the most to me. My inspirational and design books, a poem written to me from my mother when I was 13, a memorial card from my very first spiritual teacher's funeral, a clock from my dear friend Marquerite in Holland, NY who taught me about gardening, alternative health and inner strength.  It is in this space that my cats cuddle
on a blanket on a footstool as I write, where music plays sometime softly, sometimes it's rockin! depending on my mood and it is here where my soul finds peace.

My cats and I are happiest here, well maybe the kitchen takes the number one spot for them but we snuggle in this room most mornings and evenings.

It is in this room that books are created, lifes' struggles get resolved and I find solace in connecting with my friends on facebook.

This is my sacred space. 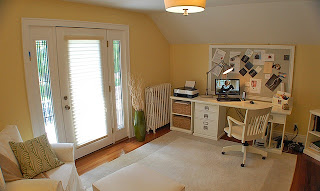 Wayne Dyer has been a spiritual mentor of mine for quite some time now.  I have mentioned him in other blogs in the past and today he is on my mind yet again.  I have been listening to several of his You Tube videos on creating Real Magic in every day life. They have taken me to that more spiritual place that I have needed to access over the last several weeks.

He talks about living your life "On Purpose."  It's been an interesting concept to ponder.  As I contemplate the future of my life coaching business and writings, I change my thoughts to "how can I serve." versus I have to get to this point financially, I have to get this other point physically, I have to, I have to , I have to.  Instead, Wayne Dyer has taught me to think about how can I continue to serve and act as if you I am already where I want to be.

Create the new person that you want to be. Live your life "on purpose." Is your purpose in life to raise your three children? Start a new business? Record a song?

Celebrate this beautiful sunday and make a committment to yourself to live your life "on purpose."

With color, love and Passion! I am really looking forward to the Mercedes-Benz of Buffalo Fashion Week this year because it will be held at the new Statler City, one of the most beautiful, historic hotels in our city. Over the years, I would drive by the signs over Chippewa that would announce the upcoming event and would say to myself, I want to be involved in this event. Fashion and Beauty have been a passion of mine since I was a teenager, when I would buy every fashion magazine I could get my hands on.

And so, now in my forties, I have come full circle and pursued some of my life long dreams, one of which is to be involved in the modeling and fashion world.  Years ago was an avid fan of TLC's show, What Not to Wear, starring Stacy London and Clinton Kelly. Every friday night, I would sit in front of the television soaking up every bit of knowledge I could from them.  One day, I even sent them a message on TLC's website asking if I could intern with them. I never heard back from TLC but years later, I would have my opportunity to meet and learn from Stacy, live and in-person on an august weekend in New York City.

It was a dream come true.  Stacy was starting her own network of stylists called Style for Hire and she was holding classes in New York three weeks after I had accidentally bumped into the information on the internet.  So, I confidently submitted my resume for review to be selected as a student.  I just knew this was meant to be.

Not two days later, I was booking my hotel and flight reservations. I was off to New York City to be a student of fashion, a dream I wanted so badly as an eighteen year old girl, was now coming to fruition at forty-seven.

It would be a full weekend of class time in the heart of New York. I was so excited!

I arrived a bit scared as to what I would walk into but I discovered a world that was so unique and different from the one I lived everyday.  There were stylists there mostly from New York City, some from Boston and another from Denver.  And I got to meet Stacy in person and discovered that we had a lot in common.

I was surrounded by the New York City vibe and lived for a weekend in a world I had longed to be a part of as a young girl.

Prior to attending the workshop, I had sent a proposal to Stacy's team asking them to bring Style for Hire to Buffalo.  They weren't quite ready to do that as they were focusing on a few major cities at first.

So, I decided to bring what I had learned back to my beloved city and share it with everyone. I came back from New York and started my own Wardrobe Styling and Life Coaching Business. I love to help people become all they can be and transform their lives into something they never dreamt possible.

If there are a few tidbits of wisdom that I had already known and some that I learned from Stacy, it would be these:

Style is unique to oneself.  It is an expression of who we are.  Style is wearing what showcases our best assets and helps to balance out those areas we wish plastic surgery would assist with!  Style is wearing your confidence from the inside out! Style is about feeling good about yourself as you choose the clothing that is right for your body type, not someone's in a magazine.  Style is about colors that suit your skin color.  Fashion is the latest trend on the runway and the newest looks from Marc Jacobs and Calvin Klein.

And lastly....
Style is about wearing You.

In just a few short weeks I will be at the Mercedes-Benz of BuffaloFashion Week 2012, on September 25 at the Boutique Show.  It is there that I will help people discover their very best selves through both style and fashion.  I would love for you to join me!  Please go to their facebook page for all the delicious details: http://www.facebook.com/BuffaloFashionWeek


With fun, color and lots's of Passion,

Posted by Kimberley Barker Nightingale at 8:02 AM 0 comments I can defy gravity and
shatter the stereotypes.

My curves are earned
as my weakness is shed.

I trade soft for firm and tears for sweat.

I turn guilt into satisfaction and tomorrow's chore
into today's opportunity.

My purpose becomes defined as


To all my readers:  I read this ad in Oxygen Magazine a while back.  I love it! and decided to adopt it as my personal motto.

I hope it inspires you to do something great with your life.

Kimberley
Posted by Kimberley Barker Nightingale at 8:18 AM 0 comments The smell of number two pencils and shopping for that brand new outfit for the first day of school brings back warm childhood memories.

Now, as an adult, each year in September,  I still treat myself to some new pencils, pens and new writing tablets.  I still write my novels by hand.  I know its hard to believe in this age of computer technology but the hands have a strange way of expressing emotion through a pen more so than through a keyboard.  It does for me anyway.

So, as parents make the coffee and get the kids up for school and the school buses roll out onto the roads tomorrow morning, how will you greet this new time of year?

What has changed in your life since this time last year? What have you learned? Have you grown in some way? Growth can come in so many forms, it doesn't have to be big.  As long as we continue to grow in some way.  In my eyes, if I am not constantly growing, learning, experiencing, for me this is certainly a death.  Again, it can be as small as tasting a new food, bringing a new pet into your life, making a new friend or learning to play the guitar.

Take some time during this Autumn New Year and reflect back on your life.  As you do that,  think about how you can become a more "true you" in these coming months.  Making a committment to yourself is the gift we give ourselves.
Posted by Kimberley Barker Nightingale at 2:34 PM 1 comments